The Whole is Other Than the Sum of the Parts: Principles of Gestalt Perception

Around the beginning of the 20th century, Gestalt theorists were intrigued by the way our mind perceives the whole out of incomplete elements.  Gestaltists believed that context was very important in perception and derived the Principle of psychophysical isomorphism – A correlation exists between conscious experience and cerebral activity and the Principle of Totality—The conscious experience must be considered globally by taking into account all the physical and mental aspects of the individual simultaneously because the nature of the mind demands that each component be considered as part of a system of dynamic relationships.

In the 30s and 40s Gestalt psychology was applied to visual perception and developed a set of principles. The principle maintains that the human eye sees objects in their entirety before perceiving their individual parts… that the whole is different than the sum of its parts.

These are our “mental shortcuts” for acquiring and maintaining stable percepts in our noisy world. We need these shortcuts to shorten decision-making time and allow us to function without constantly stopping to think about the next course of action.

Here are some of these principles:

Things which are closer together will be seen as belonging together. Proximity occurs when elements are placed so close together, they are perceived as a group. Such as these labels and fields on this form:

Things which share characteristics such as shape, size, color, texture, value or orientation will be seen as belonging together. And the one is not similar stands out, like this example:

Some things take a prominent role (the figures) while others recede into the background (the ground). And sometimes the ground (or “negative space”) can be more meaningful then the figure (positive space). Do you see a goblet or two faces? 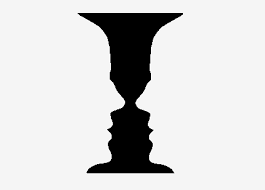 In design, the negative space can enhance the meaning of the positive space like the ‘arrow’ formed by the “E” and “x” in the FedEx logo.

The whole of a figure is perceived rather than the individual parts which make up the figure. In this example, fifteen figures form the shape of a tree:

We tend to see complete figures even when part of the information is missing. We perceptually complete – “closed up” – elements that are not, in fact, complete. This results in an effect of filling in missing information or organizing information which is present to make a whole.

The classic example is the panda bear image for the World Wildlife Fund: 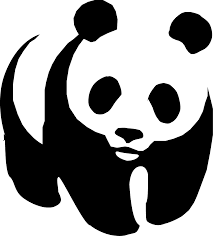 Objects that appear to have a boundary around them (e.g., formed by a line or area of common color) are perceived as a group.

A good way to logical group information on a form, for example, is enclose then with lines: 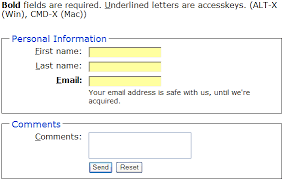 Objects that are connected (e.g., by a line) are perceived as a group. Note how the ‘similarity’ line connects the two letters?

Oriented units or groups tend to be integrated into perceptual wholes if they are aligned with each other. The principle of continuity predicts the preference for continuous figures.

Even when you mess with the figure-ground, continuity principle wins:

There are other principles like Past Experience (elements tend to be grouped together if they were together often in the past experience of the observer) and Common Fate (elements tend to be perceived as grouped together if they move together like the movement of a computer mouse synchronized with the movement of the on-screen arrow cursor). And there are more, too, that you may want to explore.

PrevPreviousFinally, a body of knowledge guide for Product Management and Marketing!
NextPerceived Affordance and Four Principles of Screen Interface DesignNext